Do you know Video KYC has now fool proofed against spooky attacks? Well, it has changed nearly everything and reaping its benefits has now become easier than ever!! Continue reading; to know about it!

Well, the recent decision by the Reserve Bank of India to permit video-based KYC has carried an excellent relief for the Banks, NBFCs, and most of the fin-tech. What does it do? It just cuts the costs by a considerable margin and facilitates remote on-boarding of customers that delivers huge security to several other forms of video KYC that continues today.

With the help of the Video KYC, the firms need not reach physically to the individuals particularly.

Features of the Video ID KYC:

How would the video KYC be advantageous for the Fin Techs?

Since Video ID KYC has been one of the ground-breaking decisions that has finally got into the action recently after considering every aspect from every corner. Must say, this video KYC has arrived as an amendment for the top fin-tech industry, preventing them from money-laundering.

Non-banking financial businesses, fin-tech, and other financial insinuations have already started integrating it into their processes and getting the benefit of this tech. The decision to incorporate this video-based KYC into the commercial systems has led to the great initiative and helping various players.

Coming up to the security concerns, top experts has already started experienced perks like process integrity, better identification, and improved customer security. It is deemed to be the most significant boom for Fin-tech industries as this giant technology has emerged as a leap and filling the loopholes of non-Res, users’ trust security, and lack of centralized platform.

One of the most appreciated and most prominent benefits of digital KYC is going paperless. This feature not just gives financial benefits to many more industries but too makes the whole working and transactional process extra smooth and safe.

How Will Video KYC Benefit End-Users In 2020?

Well, indeed, there is not just the one – it’s many for end-users too! But, in order to reap them, end-users need to register for it to ensure the tax avoidance and money laundering related things.

It is important and pretty must to update the KYC after a time being to ensure you don’t have to go through the paper-based on-boarding process, and this way, one eliminates the chances of traditional bureaucracy.

Having a legal framework at its right place, end users can use immediate video-based KYC services and reap its maximum substantial benefits. One of another great benefit of Video KYC is that it is remote, meaning one can get it made from the comfort of their homes only with the help of the internet.

In video KYC, there is no need for wet signatures, which is a mandatory need in digital KYC. Through video KYC, one can get compliance with ease irrespective of the place and location. The emergence of this technology is already in use in different tech industries and enhancing the use of artificial intelligence and face-matching technology for the purpose of Video KYC.

This Video KYC technology is a future proofs of the development – we human-made as of the 2020 year and have been helping many financial institutions and banks in protecting their sensitive data and information, ensuring the utmost data security. This, in particular, presents a significant advantage in the success of today’s businesses and for the end user’s needs.

Talking about under digital KYC, the accredited officer of the reporting entity would not capture the photos and the document as a proof of possession of Aadhar by the customer. The latitude and the longitude of the location would also be traced and documented where the LIVE photo was captured.

The officials from the continued entities would only be capable of doing the remote on-boarding. The video KYC will make presence less and paperless banking as being a reality. So, the decision would be advantageous for the entire companies that are controlled by RBI.

The video-KYC would permit the bankers to counterpart the customers’ identity documents via a video frame and can also further scan the remotely without making themselves present physically. The bankers and the payment companies that have their focus on rural customers will be the ones with the most advantages.

The video-KYC permits the customer video KYC verification with the help of the facial matching, machine learning techniques, and data extraction automatically to be done in real-time.

Above all, the video KYC process can easily be done from the comfort of your home with a computer system, or a smart phone device, or with a tablet having a stable internet connection. The entire interactions are stored for the use of the future. The whole process slits the on-boarding costs of the customers by just 90% and lessens the turnaround time.

What impact would be created by video KYC?

Leveraging data has now made much simple with the emergence of this innovative technology. No wonders, a number of leaders and financial institution administrators have started with the video KYC process, which utilizes artificial intelligence, API, and block chain technology in it.

Know more: How to Play Your Favorite Movies & Video Clips on Your Phone Without Lagging?

Let us highlight a few of the points of the impact of the video KYC and its advantages in the arriving time:

So, don’t delay coming forward and providing your customer with a battle-tested video KYC solutions for most of the comforts.

Mark David is a young, energetic, and quality-oriented editor, blogger at Signzy. Signzy is continually working on building a global digital trust system for banks. With the amalgamation of Artificial Intelligence in Banking Sector and Machine Learning, they are continuously working on the betterment of digital video verification in the KYC processes.

Diving Deep Into the Future of Mobile Apps 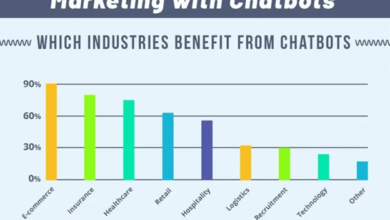 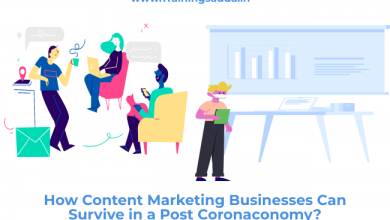 ASKCRED Helps You To Improve Your CIBIL Score